Jonathan and Monique are running the first real business in Wales as people who also have a diagnosis of autism. Development is at the core of what InAwe is all about. They are both experiencing accelerated development processes within different areas. For example, Monique is now working with someone for a prolonged period of time whilst being used to making her own business decisions. Now she is learning a different way of communicating in order to build a stable base between the two business partners.

Jonathan has already been working within the lecture and training circuits since 2010 and so has built up a large experience database from which to work from. Separating emotions from business decisions is an area that he is experiencing massive growth in but this also asks a lot energy wise. Both Monique and Jonathan are learning new ways in which to set boundaries for themselves based on the changes they are both experiencing and use these experiences within their work.

So often, groups fall apart because people do not learn to listen to each other and this is an area which InAwe has to be aware of due to both business partners being in different countries.

Emancipation is also a core belief of InAwe. Dependency on care and services is an area of great importance. InAwe is all about empowering the people themselves, instead of telling people what to do. How can we support people to support themselves?

The difference of how people are treated in The Netherlands compared to the UK is a subject of importance as they want to learn from mistakes that have already been made.

The process of consultation is integral to the government’s way of gaining feedback for proposals to the healthcare system. This does not yet happen in The Netherlands, but are these consultation processes actually being listened to?

There is a presence of people with autism on advisory boards within the UK but InAwe would question whether the participants with autism are truly being listened to or tolerated. There is still almost permission needed to speak out and that is not emancipation. Emancipation happens from within the group itself. 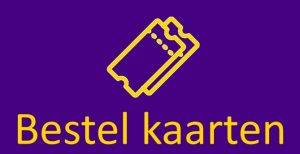